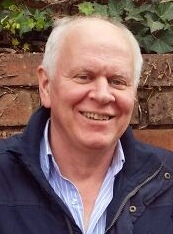 I was born in Port Elizabeth 43 years ago, and have spent my entire life here apart from a year in Bloemfontein and South West Africa (now Namibia) courtesy of the Defence Force.

In many ways my path to faith was an easy one ... I grew up in a Christian home and made my own commitment to Jesus at the age of 15. I was blessed to be part of a very active youth group in the mid '70s, and through this group a solid foundation was laid.

I have been married to Diana for the last 18 years, and we have two children; a daughter Lindsey age 12 and Stephen age 7. We have been living in Bluewater Bay since 1988, and are part of the local Community Church. We are grateful that we have been able to be part of this developing community. I am currently worship leader at our fellowship, and have been an elder since 1991. 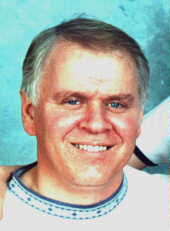 Well, I guess they never said being a Christian would be easy, or that God would take away all our problems .... however without a doubt He never leaves us, and will always help us THROUGH our problems. I entered the musical instrument retail business straight after college, and for nearly 13 years was co-owner of a well known local music shop. Life was pretty much on the up-and-up. However in the mid 90's things took a distinct turn for the worse; for a number of reasons the economy took its toll and despite our best efforts to turn things around, we closed the business down in late 1998.

To take a step back, for some time Diana and I had felt a call to full-time ministry (although we had no idea in what shape or form), and this was confirmed many times through scripture, prophecy and our leadership. In 1996 the Mercy Ship ANASTASIS was in Port Elizabeth for the first time. We felt God speaking to us powerfully to get involved, and so we filed applications to join her full time crew. However for various reasons we were not able to follow this through. 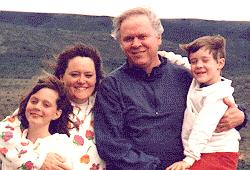 Towards the middle of 1998, the seeds for PE Church Net were planted in my heart. The initial concept grew out of a sense of frustration at the lack of information about, and the lack of unity between, local churches. After all we are supposed to be part of one Kingdom! I was also spending a lot of time exploring the Internet and was fascinated by the possibilities that this new medium opened up. What struck me though was how easy it was to find sites about other religions, and how difficult it was to find anything about PE churches. At about the same time a friend of mine asked me why we didn't have a list up in our church of what businesses the folk were involved in, as many were battling and surely we needed to support one another.

The next 6 months were a process of gradual refinement. I spent many hours throwing around ideas with my good friend Clive Cornell, many of those ideas resulting in parts of the PE Church Net website as it is today. I took the idea to my leadership and they were immediately supportive; my concept was also confirmed by prophecy and visions. PE Church Net was launched with a single page on 27 November 1998.

I started developing the PE Church Net website on a part-time basis from January 1999, at the same time maintaining a small retail outlet. At the end of April last year, the Lord released us into PE Church Net full time though a near-miraculous sequence of events. Since then we have had good times, bad times, and put in a lot of hard work - however we are mostly encouraged by the tremendous support we have received for our ministry. As for the future ... who knows where God leads ?

In closing, I want to bear testimony to the most important words I know : "trust God". We have been through times of incredible financial hardship over the last seven years, and there have been times when we could see no way forward. We were literally hanging on with the last of our strength. There were times when we just couldn't understand what was happening to us. Yet still those 2 words remained in our hearts,"trust God". Today I can witness that God is faithful, God is the ultimate good, and God is true to every one of His promises. Praise Him!

May the Lord richly bless you as you participate in the fulfillment of our vision.

It is now nearly 7 years since I wrote the testimony above, and what God has done in our lives could fill a book - maybe one day I will sit down and write it (!)

Reached my 50th birthday the other day, with a sense of profound joy for what the Lord has blessed me with in terms of family , friends and the local body of Christ.  Next month (September), Diana and I will have been married 25 years.  Lindsey finished matric last year and is now in her first year at Rhodes; Stephen starts High School next year at Alex.  (The photos above are now looking really dated!)

As part of our financial restoration just over a year ago, we sold our house in Bluewater Bay and moved into Walmer; in many ways a "fresh start".  At the same time, we also changed our church family, and have now integrated into Fountain Vineyard.

We remain eternally grateful to our friends (and they still are) in Bluewater Bay who have supported and encouraged us over the years in ways too numerous to mention ... Erk, Larry, Rory, Dave & Colleen and so many others.  Thanks as well to our new friends and family at Fountain who have embraced us so readily and even blessed us with an office. 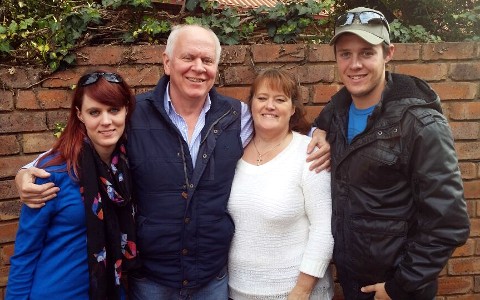